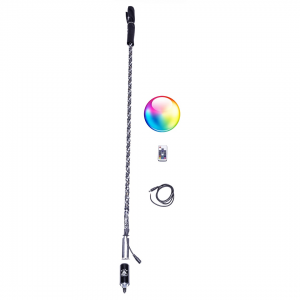 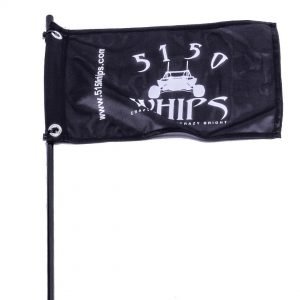 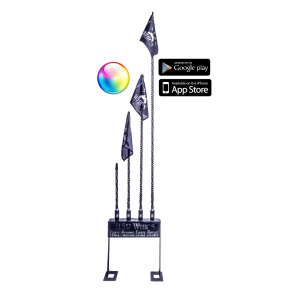 Wireless RF remote control with 7 quick color buttons. The advantage of the RF remote vs IR (infra red) others use is that the remote can be pointed in any direction to work. The IR style needs to be directly pointed at the whip in order to operate the whip. The controllers area built into the whip and only a power/ground wire is needed to run to the whip.

Each whip has 20 different colors and 19 different modes. The modes can be slowed down and sped up via the remote control. There is also brightness controls on the whips. All the remotes are on the same frequency and one remote can operate 2 whips at the same time.

5150whips are made around a proprietary fiberglass resin pole that is stronger than Lexan or Polycarbonate as used by some competitors. Our 6-foot whips can be bent end to end without breaking.

Unlike most competitors, our whips are wrapped around the shaft of the whips, giving the customer 360 degrees of LED’s lights. Some competitors only stick the LED’s back to back allowing for only 180 degrees of light coverage. We also have more LED’s per whip by wrapping the LED’s. Some other companies also wrap there LED’s however they leave a small gap in between the LED’s giving the customer less LED’s for the money. Our LED’s are made for our specification and our water proof and made out of 5050 LED chips. The LED’s have low power consumption and we have been able to power a 6 foot whip off of a 9-volt battery for 4 hours (however LED’s were not as bright as being on a 12-volt circuit.)

Our quick release system sets us apart. The patent-pending stainless-steel base requires no tools to install or remove. It allows our whips to be installed and removed in just 1-2 seconds. Other companies have a screw type system that requires a wrench to tighten and loosen. Some designs offer a RCA plug built into the mount. The problem with that set up is that over time sand / dirt will get into the plug and cause it fail. Our base has a lifetime warranty. 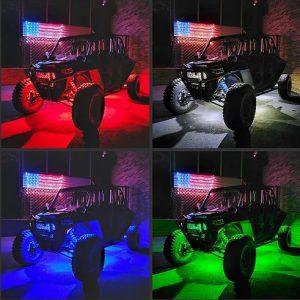 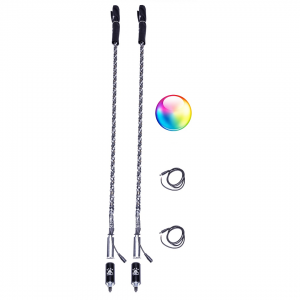 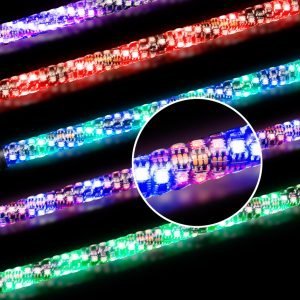 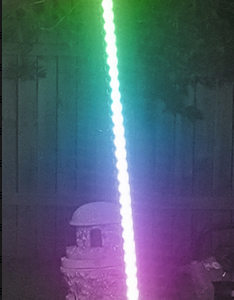 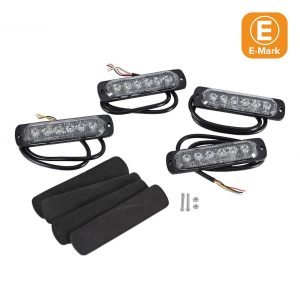 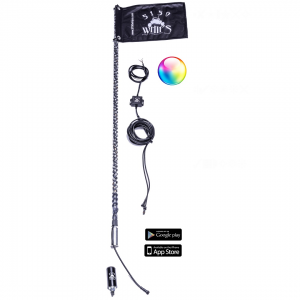